BEN BANKAS IS HAVING A CHILD!

Ben is infamous in the Toronto stand up scene for going against the mainstream woke comedy narrative that plagues Canada’s comedy industry today.

Ben is the host of The Ben Bankas Podcast, is a former comedy contributor to Rebel News and and has been touring Canada performing stand-up comedy for a decade.

Not only has Ben been featured in CBC, Blog To and TorontoLife, he has a huge Instagram/Facebook following where he posts videos making fun of the powers that be, stand up clips and moments from his podcast. Ben has been performing since age 19 and leaves no stone unturned. Get ready to laugh at everything. Tickets will sell out – get yours soon! 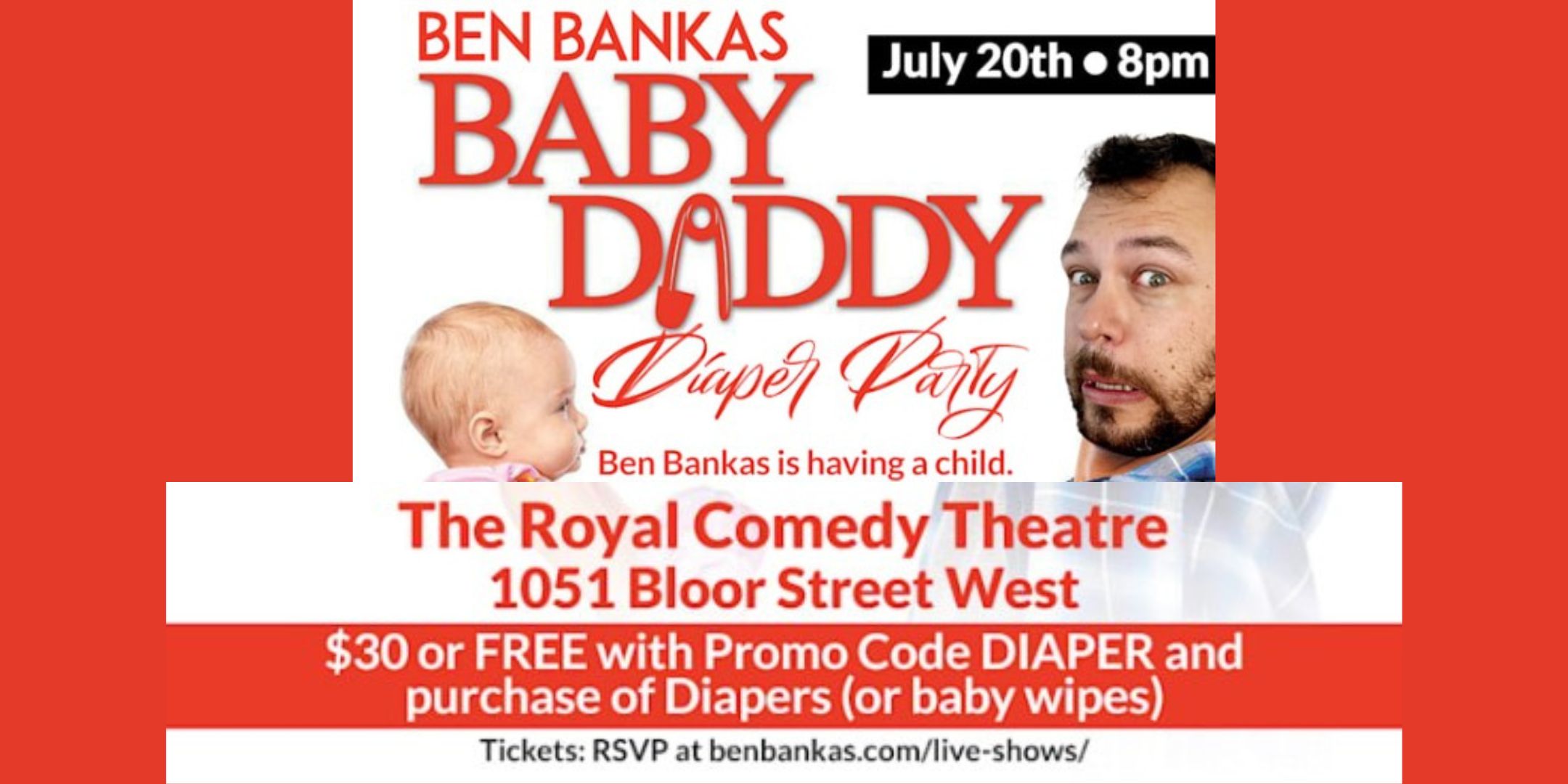 Be the first to review “July 20th in Toronto – Baby Daddy: A Stand-Up Comedy show and Diaper Party for Ben Bankas” Cancel reply
Copied to clipboard