This is a 19+ event, valid government-issued photo I.D. is required.

In case the event is not sold out tickets will be available at the door on the day of the show. 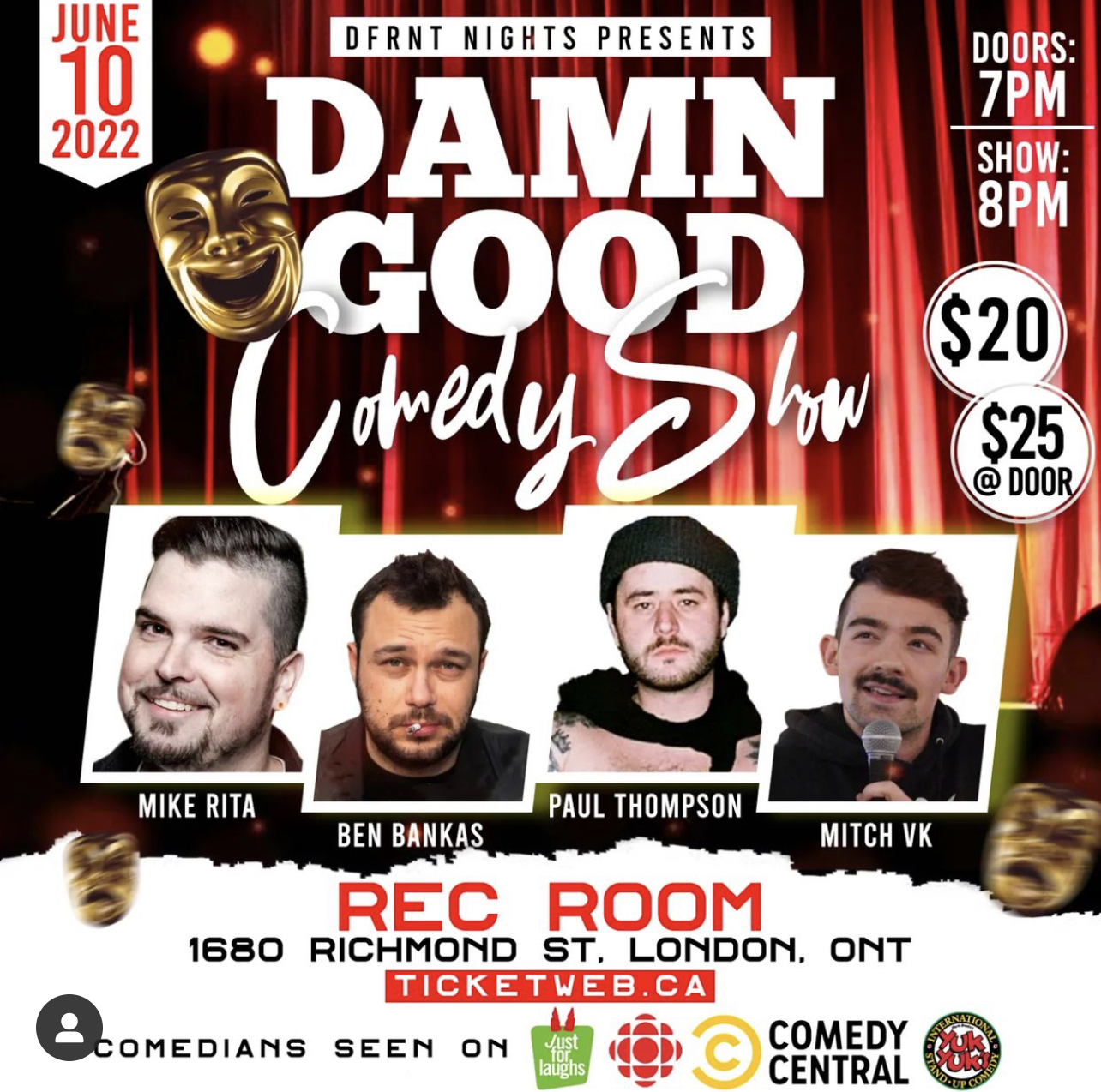 Be the first to review “Damn Good Comedy Show with Ben Bankas, Mike Rita and Paul Thompson in London, ON” Cancel reply
Copied to clipboard